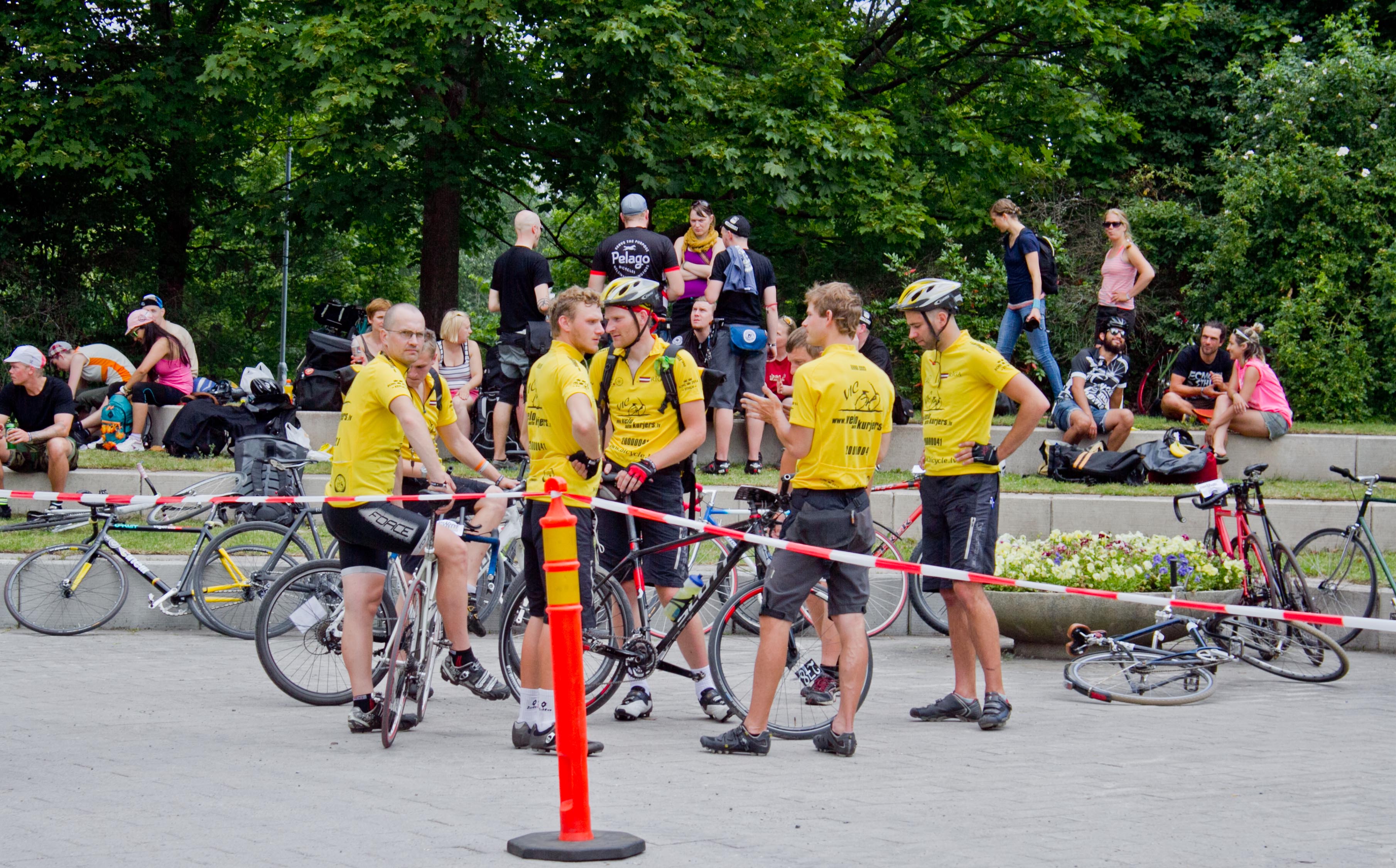 The competition took place in the vicinity of Stockholm University. It started with the main qualifying race- cycling orientation- in which participants are required to perform daily courier’s work duties, that is to say, to deliver parcels different locations of the city as soon as fast and qualitatively possible. Our messenger Peteris Yanisels qualified for the final and took 9th place in his age group. For the first time our team was also represented in the female competition. Our courier Emilia Mikalauska participated in the fixed gear race and in 500m long Roller on speed. There was also a side event- arm-wrestling competition, in which our courier Martins Ozols won all the opponents and gained the 1st place. 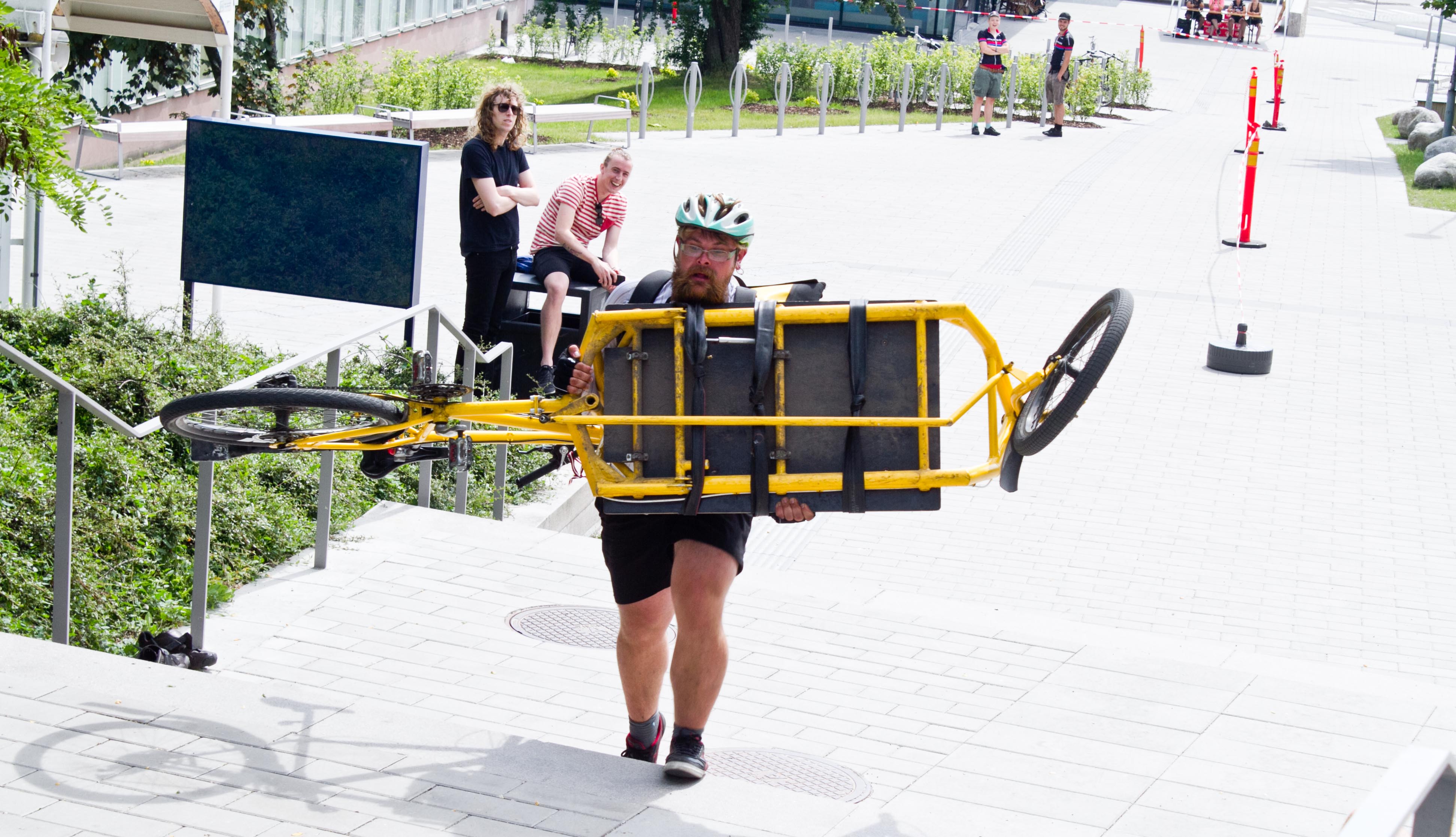 Cycle messenger championships are the largest cycle culture event for daily city cyclists- bicycle couriers. The strongest, the fastest and the nimblest couriers meet together once a year in order to challenge themselves, check their skills and abilities to do daily job tasks in the most efficient way. 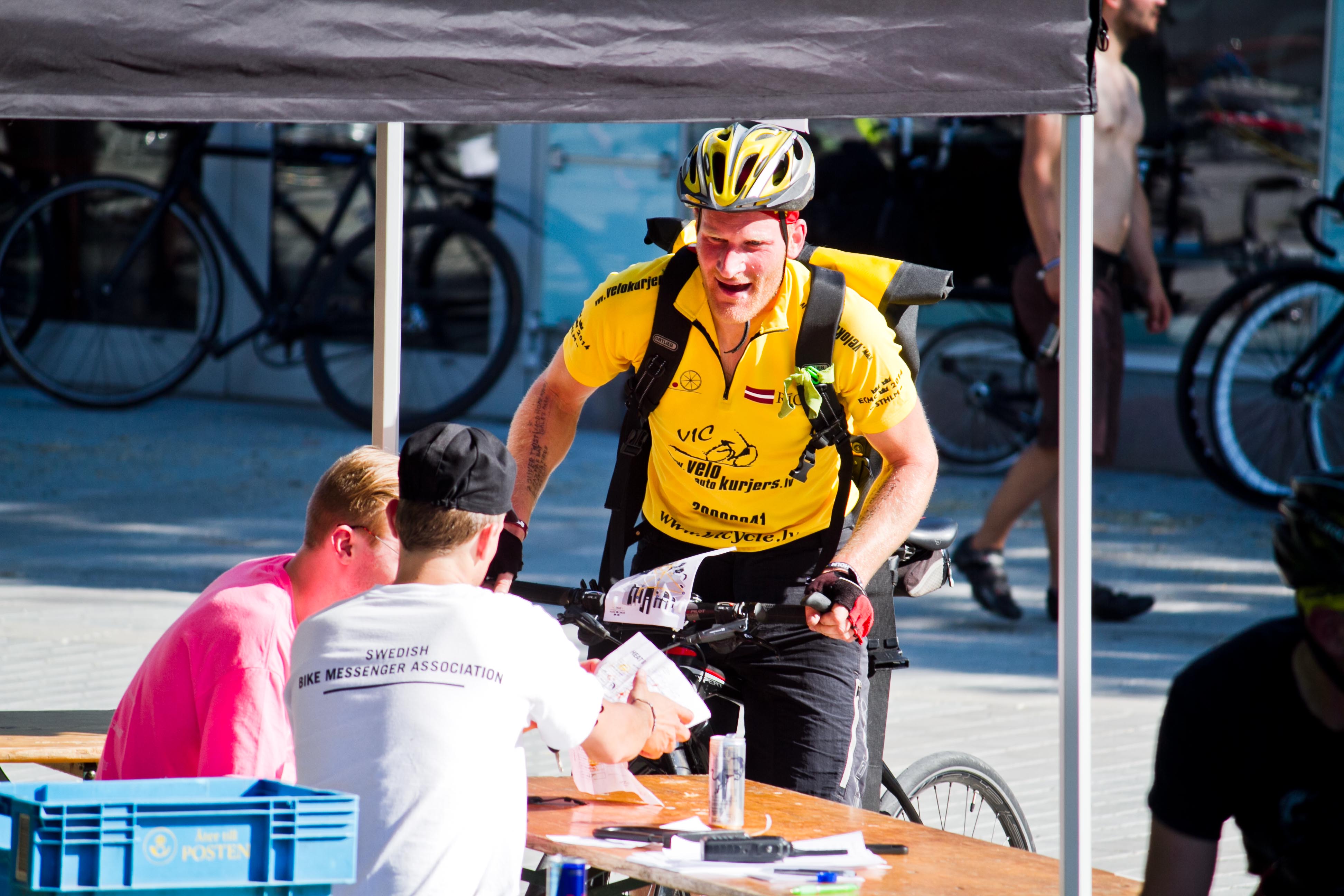 There was also an extensive cultural programme which included forums, discos, karaoke, and cinema similarly as in previous courier championships. The championships have become a traditional cycle culture development forum in which cycle messengers from all over the world meet, share experiences, learn about the latest trends in cycle courier and bicycle culture, as well as about solutions used to make the urban environment friendlier for cyclists in other cities around the world.

Also this year our couriers have got valuable experience in the championship which will be definitely helpful in daily work, as well as in the next competitions including the World and European Cycle Messenger championship in 2015 which will be held accordingly in Melbourne in Australia and in Milan in Italy.

Here you can see a short video of the final arm-wretling battle in which our messenger Martins Ozols struggled to victory in the arm- wrestling competiotion in European Cycle Messenger Championship 2014.